【Benedict D. Rogers】Hydrodynamic modeling for offshore engineering by the SPH 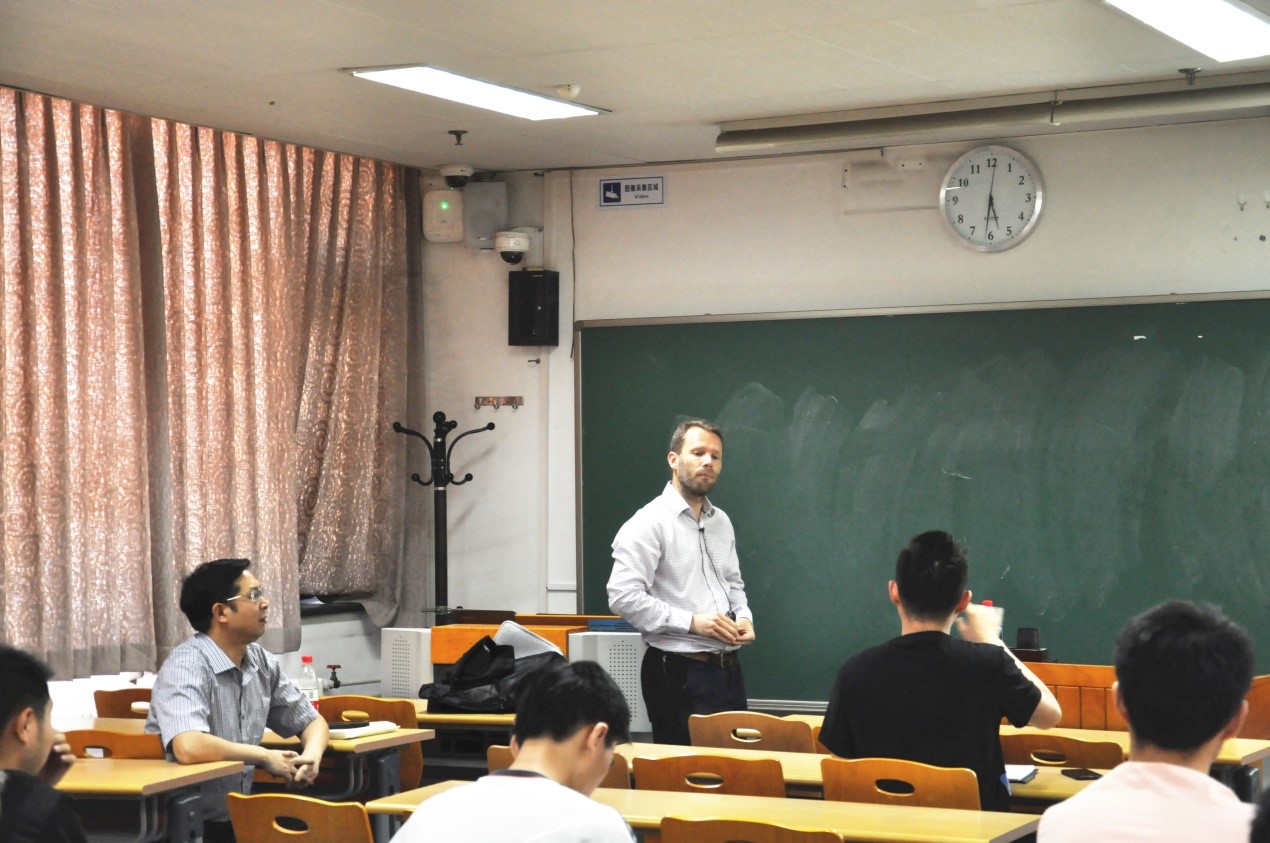 For many years, the development of a numerical wave basin has been long-sought-after for use as an engineering tool to design structures and vessels deployed in the aggressive offshore environments. Due to advances in computational power and parallel processing, the numerical wave basin has become an increasingly realisable concept. Numerous modelling approaches exist that attempt to reproduce the non-linear effects of steep waves interacting with fixed or dynamically responding bodies. However, mesh-based approaches suffer from mass dissipation at the free-surface and to avoid expensive remeshing procedures, an arbitrary Lagrange-Euler (ALE)-type formulation is commonly used. Even then, flows of a fragmented nature, such as breaking-waves, cannot be dealt with effectively. This talk will present the hydrodynamic modelling for offshore engineering by the SPH method, which is a meshless method that uses particles to represent the flow which move according to the governing dynamics.  It has distinct advantages such as being able to capture the highly nonlinear behaviour of many applications from astrophysics, wave breaking, mixing processes in manufacturing, nuclear flows, ballistics and many more.

Ben read Engineering Science with first class honours at the University of Oxford and then stayed on for a D.Phil. under the supervision of Professors Alistair Borthwick and Paul Taylor. In 2002, he moved to the US to work with Professor Robert A. Dalrymple at the Johns Hopkins University on coastal engineering research and Smoothed Particle Hydrodynamics (SPH). He then spent a year at Ecole Polytechnique Federale de Lausanne (EPFL) in Switzerland working on large eddy simulation (LES) flows over hills. In 2005, he moved back to the UK to continue working on SPH with Professors Peter Stansby and Dominique Laurence at the University of Manchester where he was an RCUK Research Fellow (2007-2012), Senior Lecturer (2012-2014) and now Reader (2015-).

He is a founding member of the Smoothed Particle Hydrodynamics European Research Interest Community (SPHERIC), the international organisation representing the development and use of SPH. He has been a member of the Steering Committee since 2005, ran the website from 2005-2015 (http://spheric-sph.org), and is now leading SPHERIC as the new Chair.  Ben is also a core developer of the open-source SPH codes, SPHysics, SWE-SPHysics (http://www.sphysics.org) and DualSPHysics (http://www.dual.sphysics.org).  He is the leader of the SPH Specialist Group 'SPH@Manchester' in Manchester.  He has twice been awarded the Thomas Telford Premium Award by the Institution of Civil Engineers (ICE) in the UK for his work on tsunami-structure interaction using SPH.